Report of missing data in the Census returns

A report in Today's Isle of Man Examiner describes how some householders in East Douglas have received letters asking them to provide a second census return more than six months after the 2016 Census in April. Comments on social media sites have suggested that some residents in the south of the Island, in Peel and in Kirk Michael may also have received the same written request.

The reason for the additional census forms lies an inconsistency that has been identified between the number of children under the age of 16 years known to live in some areas and the number recorded in the Census.

It is reassuring to see that this disparity has been noticed during the checking procedures carried out against school rolls and that the need for reliable census results is being taken very seriously.

It is not yet know if this problem could delay the publication of census headline results and the final report.

The census is expected to confirm that the Isle of Man's population has risen since the last census but only by 500 to around 85,000. Between 2006 and 2001 there was growth of over 4,400 so this would indicate a very marked reduction in growth. Indeed, data on the numbers registered with a GP suggest that the population peaked in 2013 and has fallen slightly over the last three years. 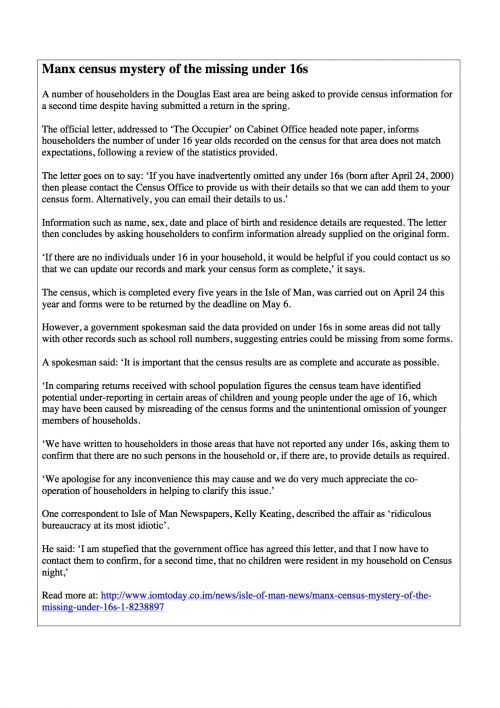 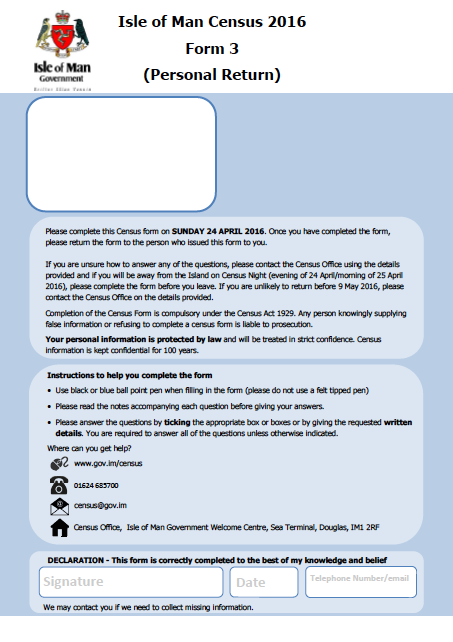 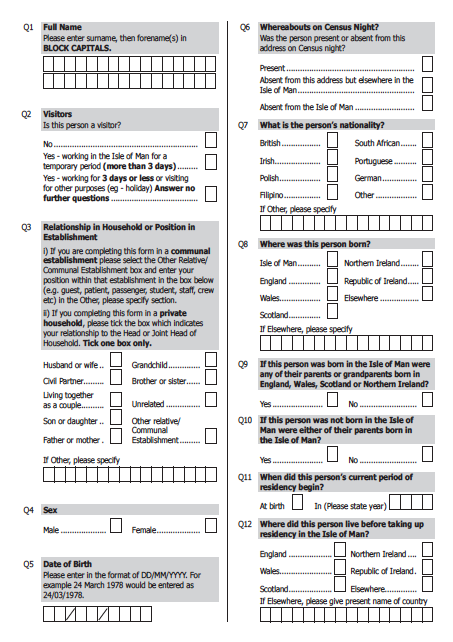 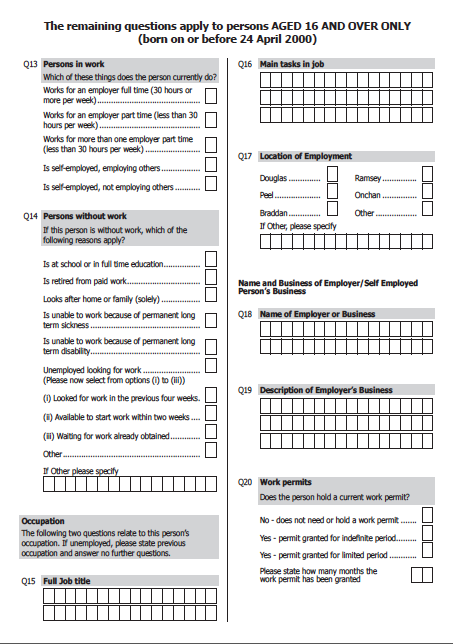