The Question Paper at today's Tynwald sitting included a question from Chris Robertshaw (Douglas East) relating to the Census. The question was directed towards Chris Thomas (Minister for Policy and Reform).

There are three particularly interesting points in the exchange.

1) The agreement that the processing and publication of the census need to be prompt so that it can inform government decision-making.

2) The agreed need for Government to: 'revisit how we carry out the census'.

3) An indication that the Programme for Government has been drafted using the latest population estimate from Economic Affairs of 83,900 (NB this figure is 600 lower than the 2011 Census figure) 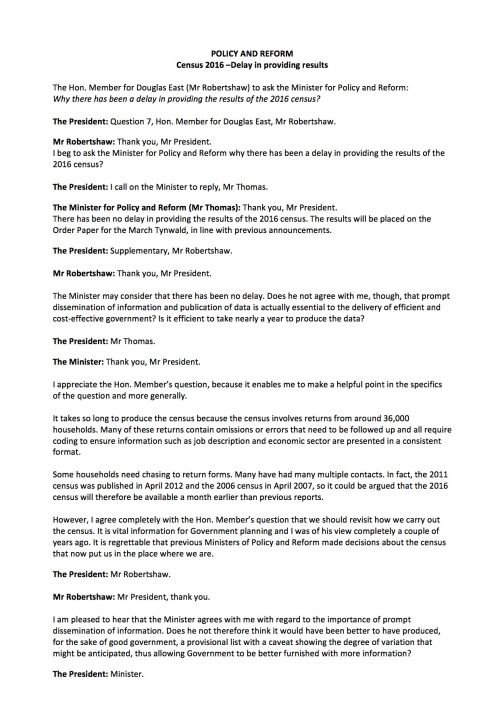 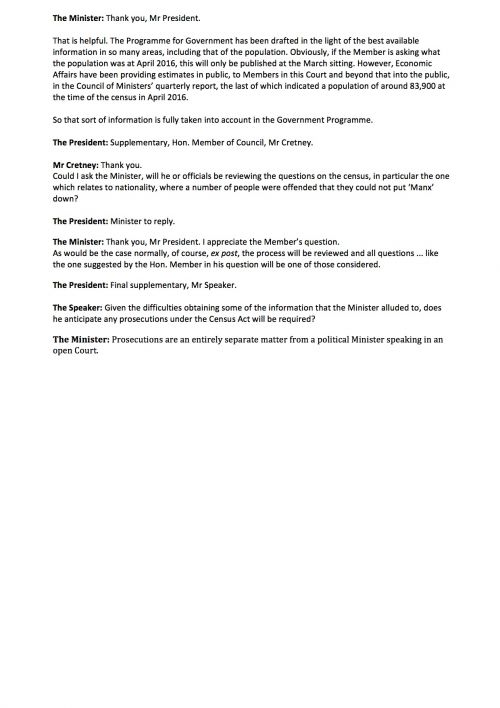