Number of births falls by another 3.4%

The first graph below shows the sharpness of the downturn after 2010 and the extent of the decline. Between 2001 and 2014, births exceeded deaths in every year. In 2015, the number of births fell below the number of deaths. 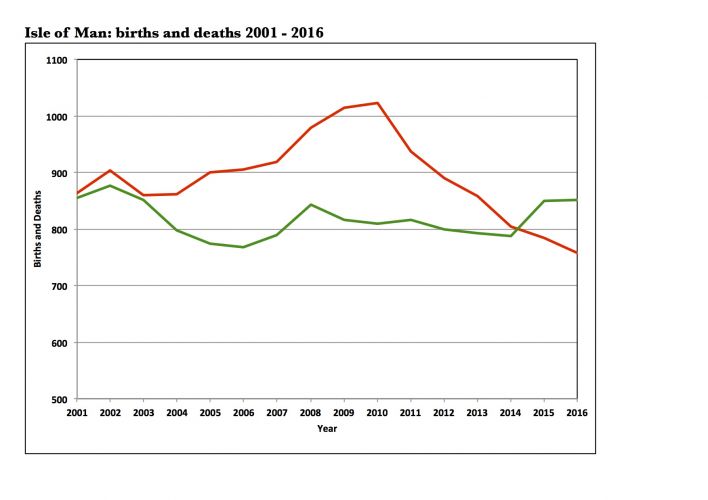 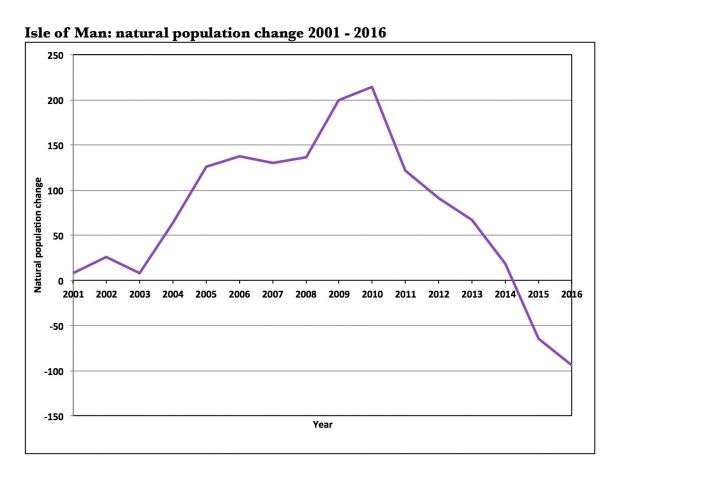 The consequences of the falling number of births will be significant. The reduced number of births has already impacted on the retail sector in relation to outlets selling baby goods. Nursery numbers are declining annually. The average year group across the Island's 34 primary schools currently has well over 900 pupils. Five years from now this figure may be below 800 raising the threat of rationalisation and school closure or the opportunity if the reabsorption of nurseries into primary schools. Eventually the declining numbers will catch up with secondary schools and with the employment market.

There are likely to be two causes of such a rapid fall in the number of births in the Isle of Man: i) delaying first pregnancy ii) net migration loss in the 20 - 35 years age group. Both of these may be playing a part and both will be adding to the ageing of the Island's population. In the years since 2010 the Island's economy, as measured by GDP has shown growth in every year. Unemployment has been low. The fall in the number of births is not simply the result of changes in the Island's economy, although there is clear evidence of economic restructuring.

It is much more likely that delaying first pregnancy and net emigration in the 20-35 years age groups are due to a range of socio-economic pressures and a deterioration in the Island's position compared with the UK. Decisions to delay pregnancy or emigrate are made at the level of individual households and key issues might include high nursery costs compared with the UK, concern over nursery access and standards, lower tax allowances than the UK, high costs of housing and transport, high costs of living and increasing taxes such as the sewerage charge as well as more nebulous factors such as a loss of confidence and optimism.

The Programme for Government approved in Tynwald earlier this week has highlighted some of the areas that must be tackled to stabilise general population decline:

It is very important that the Island's population issues are not tacked as simply a by-product of policies for economic growth. The population issues we face, including population decline, ageing and falling births, need a coherent approach and a well thought-out population policy.