A blog posted on this website last week ('Number of births falls by another 3.4%') has received coverage on Manx Radio and 3FM as well as in the Isle of Man Examiner.

Today's front page article in the Examiner carried the headline: 'Birthrate Time Bomb' (Adrian Darbyshire, Isle of Man Examiner, 24 January 2017). It provided coverage of the 2016 data on births and deaths in the Isle of Man and quoted extensively from the blog making use of the graph showing the sharp decline in natural population change. It also added a slant relating to how the change would affect the economy: "A declining - and ageing - population would have a major impact on the Manx economy in the years to come. It means reduced tax revenues available to fund increasing pension and health costs, falling school rolls, and a growing skills shortage."

The article finished with a section on an interview with Carl Hawker from the Cabinet Office:

"Treasury official Carl Hawker said: 'A falling and ageing population does not usually result in good news for the economy.

'Incomes and spending are significantly higher amongst under 65s than over 65s, and therefore both income taxes and spending taxes would be lower per capita.

'Incomes of households containing an over-65 are on average two thirds the average for households without an over 65, and spending is around 60% of the level of a working age household.

'There is also the fiscal impact in that the young and the old tend to cost more in terms of public services (for example health, pensions and education) so in simple terms less tax in and more cost out.'

Mr Hawker said Treasury was looking at doing some analysis to ascertain the average age when a mother has her first child. He confirmed that there has been net migration loss in the 20-35 age range, the level of which will be released in the Census report." 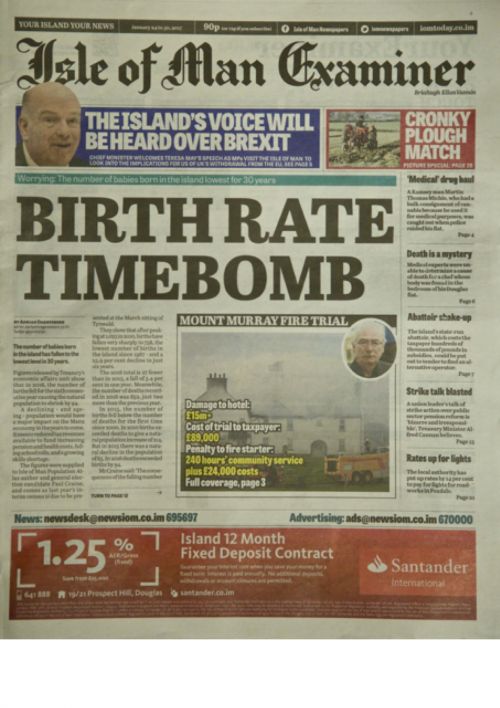 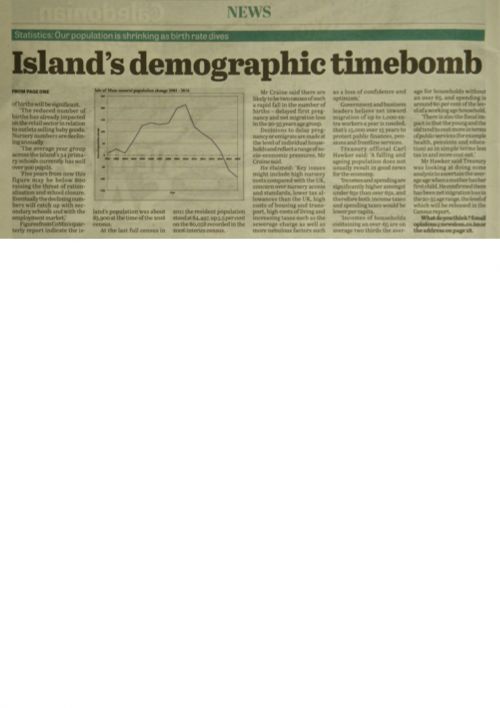