There has been a technical delay publishing the Q2 COMIN Report - but I have obtained data from the Economic Affairs Division in advance relating to the number of people registered with a GP and the population estimates for June 2019. 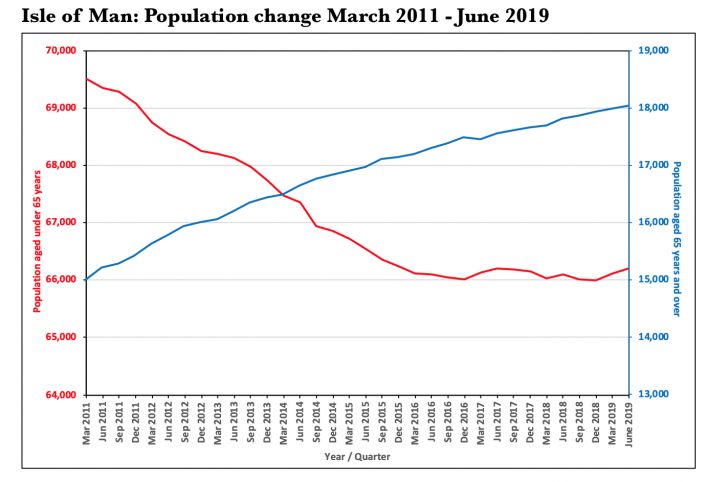 The graph above shows the population estimates for June 2019. The number of people aged under 65 years is estimated to have increased by 83 between the end of March and the end of June, taking the total to 66,200. This is just 83 higher than at the 2016 Census. The red graph shows that the under 65 population is 3,300 lower than in 2011 and has flat-lined since the 2016 Census.