The article included the graphs from the blog and touched on the different perspectives offered by population estimates based on the number of people registered with a doctor and the information on the changes in pupil numbers at the start of the 2016-17 school year.

This coverage is hugely welcome as it contributes towards achieving some of the aims listed in the introduction to the Isle of Man Population Atlas:

The article and editorial comment are reproduced below along with a selection of some of the public comments made in response to the article. These highlight the need for awareness raising and wide debate on the issue of future population policy. 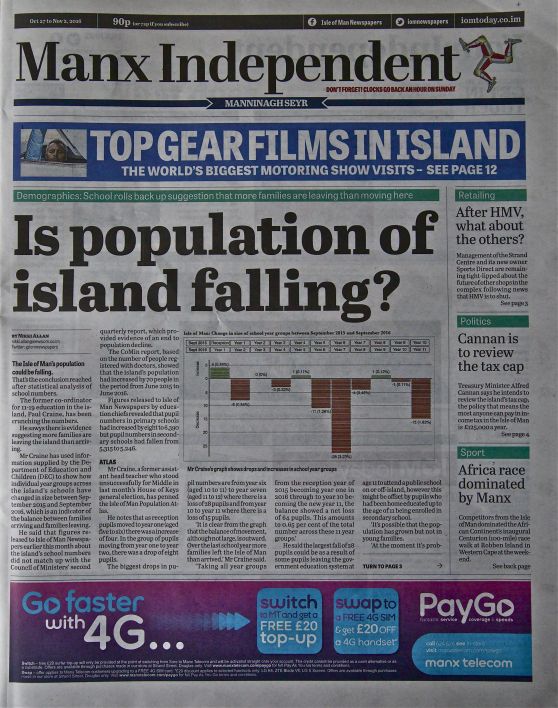 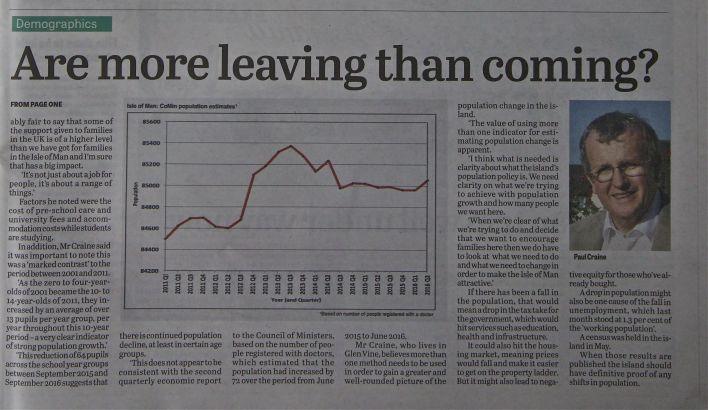 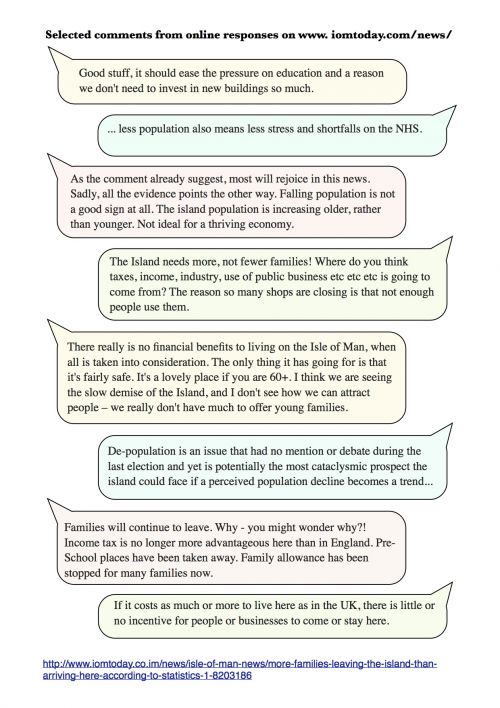