Population change depends on the balance between births and deaths and immigration and emigration.

The following images and notes offer very brief coverage of the contents of the Isle of Man Population Atlas. Click on images to enlarge.

Throughout most of the second half of the twentieth century births exceeded deaths in the Isle of Man but between the censuses of 2001 and 2011, there were 9,170 births and 8,096 deaths. Natural growth (births - deaths) amounted to 1,074 over ten years.

Migration has a much larger impact on the population of the Isle of Man. Between 2001 and 2011 total immigration amounted to 17,806 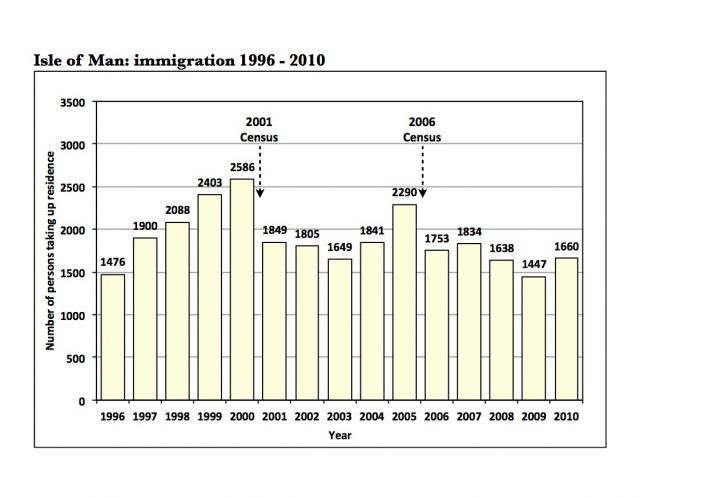 Emigration can be calculated using the population equation. 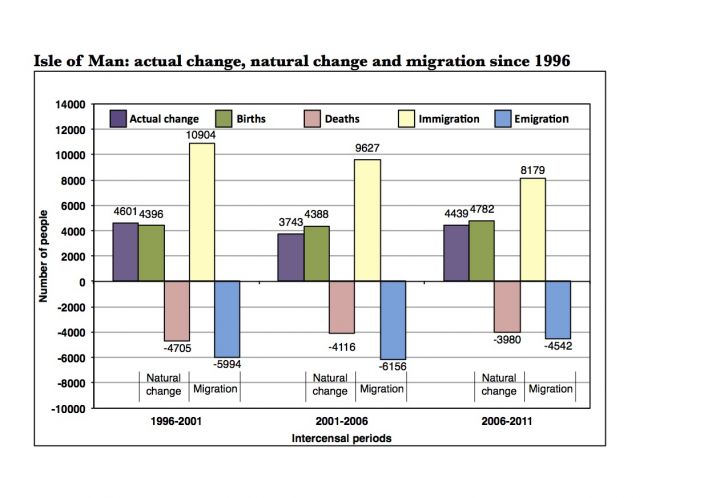 Gross migration is the term used for immigration totals plus emigration totals (I + E). Between 2001 and 2011, gross migration amounted to over 28,500. This is a very high level of movement in and out of the Isle of Man, which makes the balance of migration enormously important to the Island's economy and its communities.

The UK census of 2011 provided some additional information about emigration from the Isle of Man over the 12 months prior to the census. This suggests an even higher level of migration in 2010-11 than in previous years. 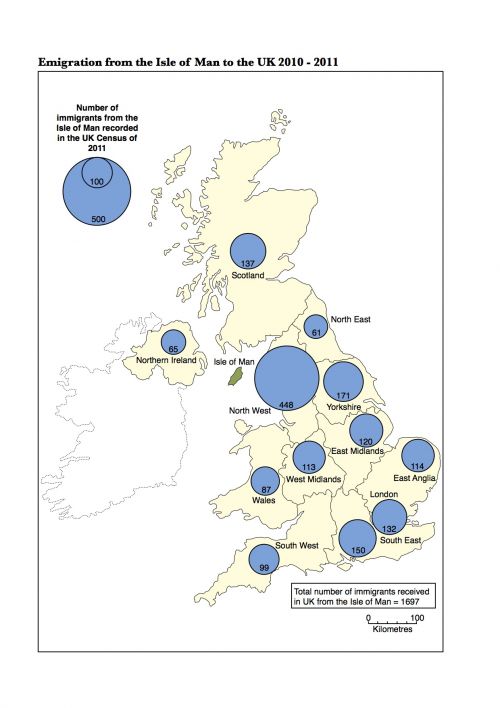 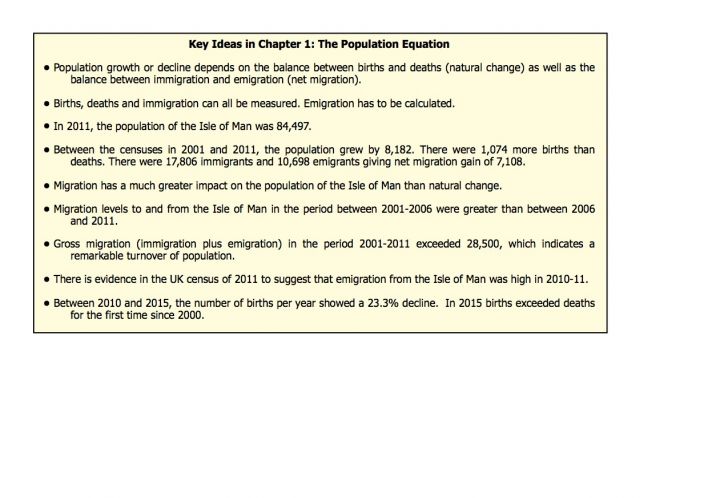