With 28,000 residents in 2011, Douglas was larger than the next four settlements added together.

The following images and notes offer very brief coverage of the contents of the Isle of Man Population Atlas. Click on images to enlarge.

This map shows the census districts, all of which are local authorities, that where used in 2011 and will also be used in 2016. The Island has four towns, four villages and sixteen parishes. 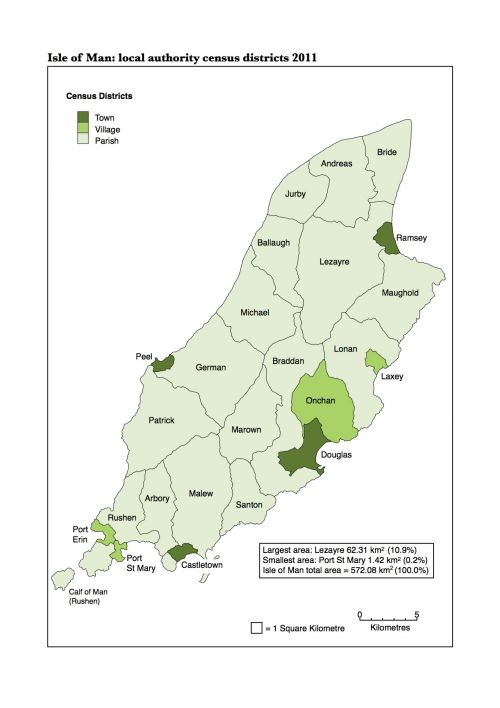 In 2011 the population of the Isle of Man was 84,497 on an area of 572.1 square kilometres giving an average density of 147.7 people per square kilometre. Douglas, with almost 28,000 residents was home to 33.1% of the Island's population and was larger than the next four most populous settlements (Onchan, Ramsey, Peel and Port Erin). The three settlements in the east of the Island (Douglas, Onchan and Braddan) together housed almost 41,000 people, 48.3% of the total population. 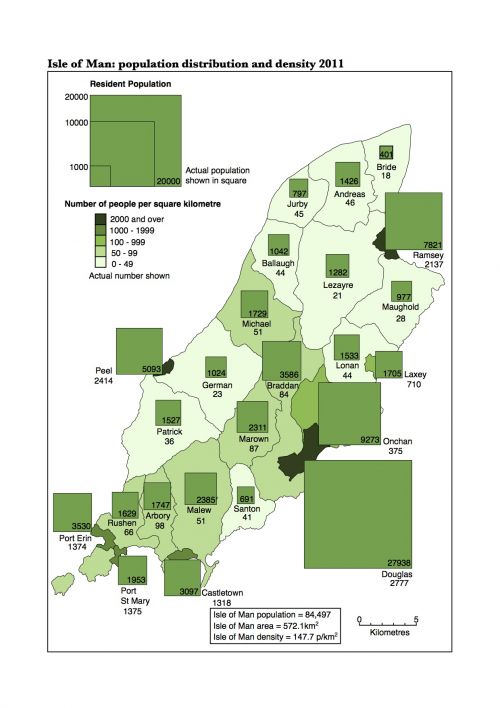 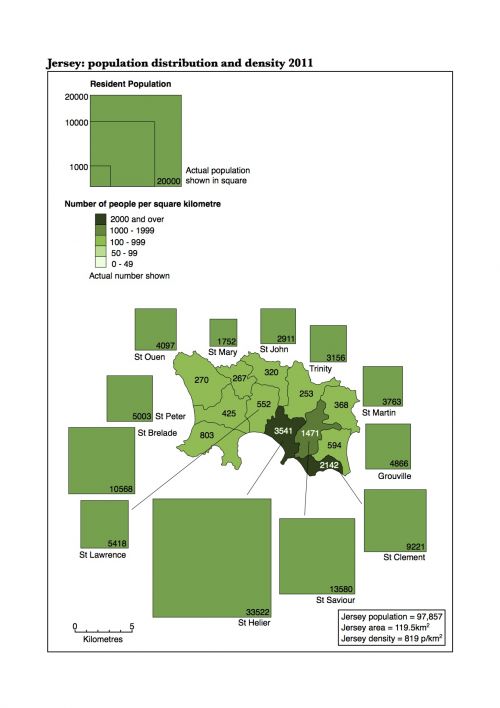 The Isle of Man's four towns together had a population of nearly 44,000 in 2011. The combined population of the sixteen parishes was just over 24,000. The parishes covered over 91% of the Island's area but contained just 28.5% of the total population. 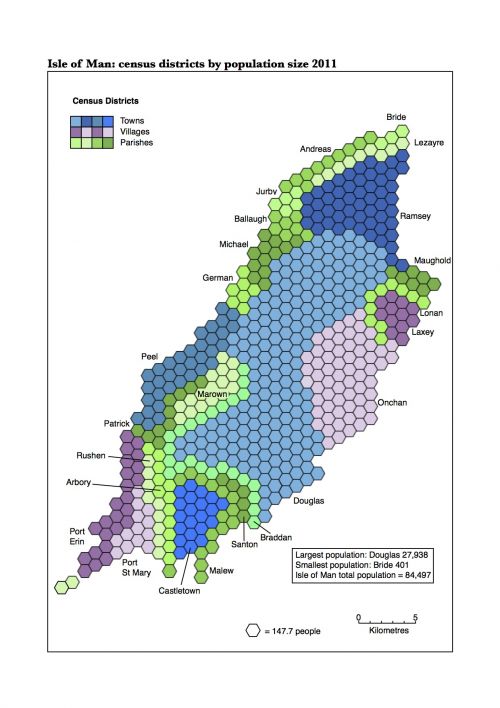 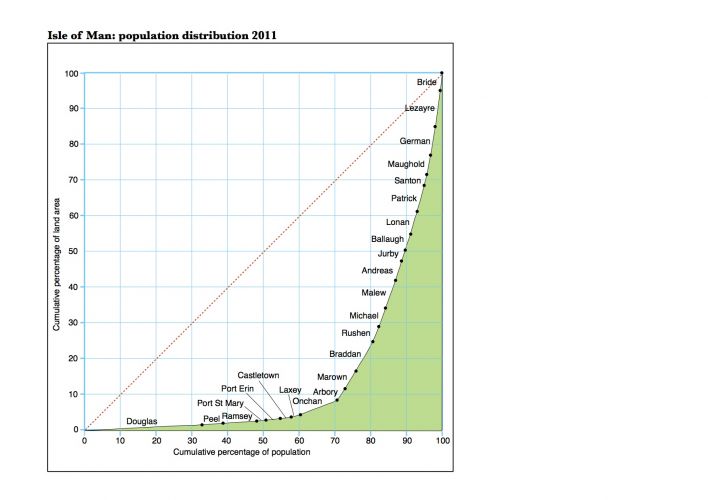 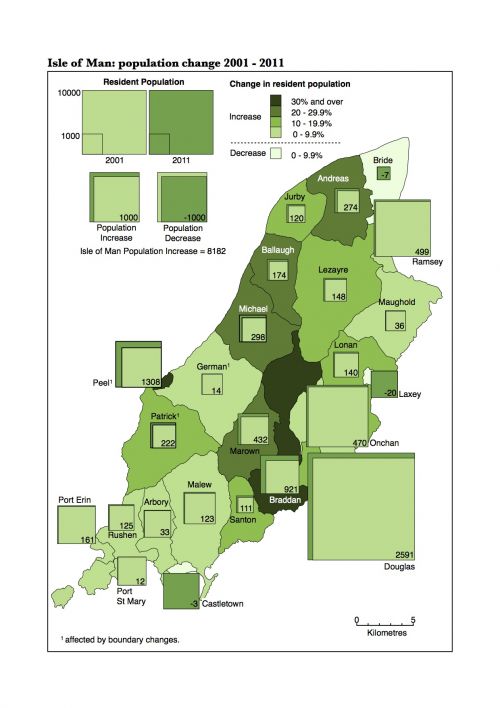 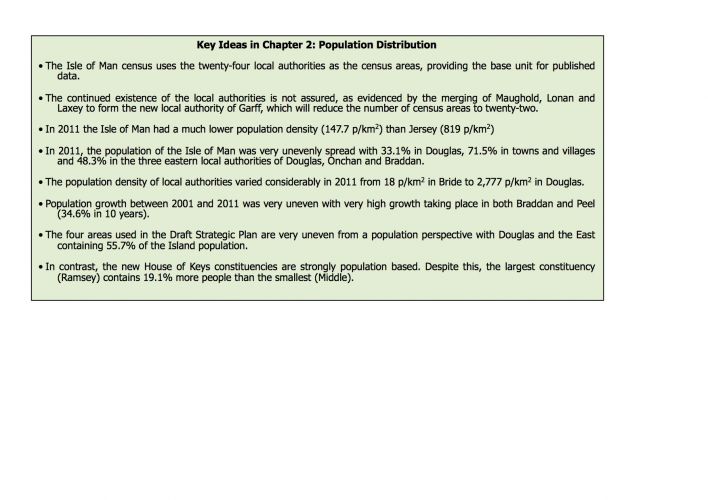