The focus of Chapter 7 in the Isle of Man Population Atlas is on households, housing and inequality. The following images and notes offer brief coverage of the contents of the Atlas.

In 2011, the number of one-person households was 10,333, an increase of 15.6% on the 2001 figure. This increase is consistent with an ageing population and a large widowed population in the older age groups. The proportional squares map below shows the number of one-person households in each census district whilst the choropleth map shows the percentage of houses occupied by one person. Ramsey, Port Erin, Douglas, Castletown and Port St Mary all have more than 30% of their households containing one person. 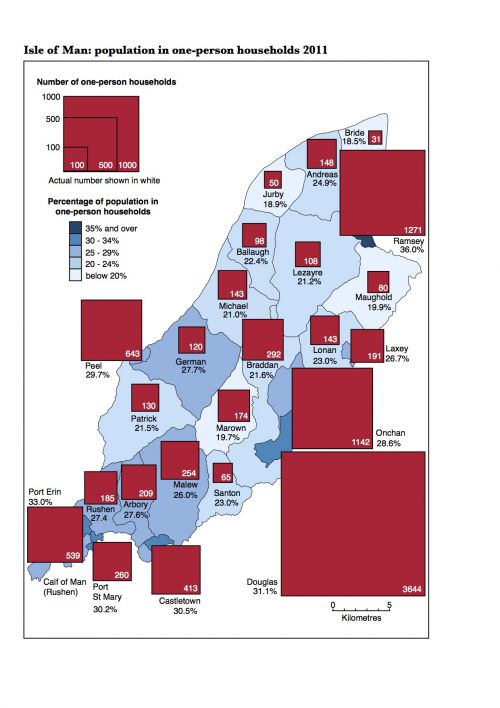 In the years leading up to 2011 there was considerable change is the housing stock of the Isle of Man. By 2011 terraced and detached housing together accounted fore more than 60% of all housing units.

Terraced houses grew in number between 2001 and 2011 by over 560 but as a proportion of all accommodation fell from 24.1% to 22.9%. Castletown and Peel were the census districts with the highest proportions of terraced housing (46% and 37% respectively) in 2011. Maughold had less than 3% terraced housing. 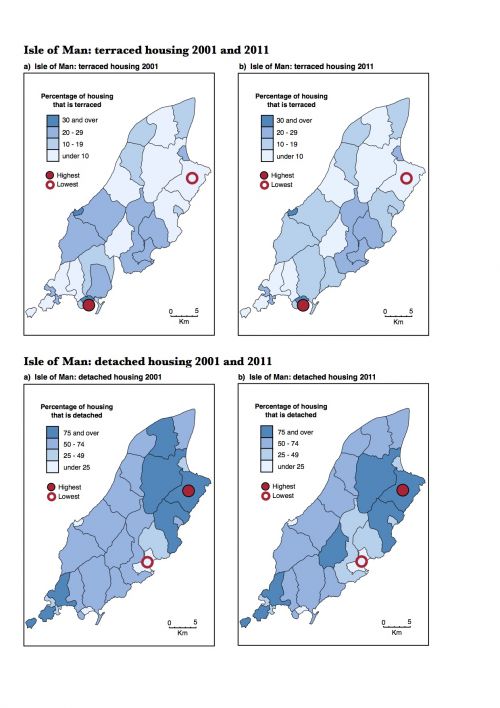 Semi-detached houses increased in both number and percentage of all housing between 2001 and 2011 adding 940 houses and rising to 21.7% of the total.

The largest change in accommodation type in the Isle of Man between 2001 and 2011 was the increase in the number of apartments and flats. 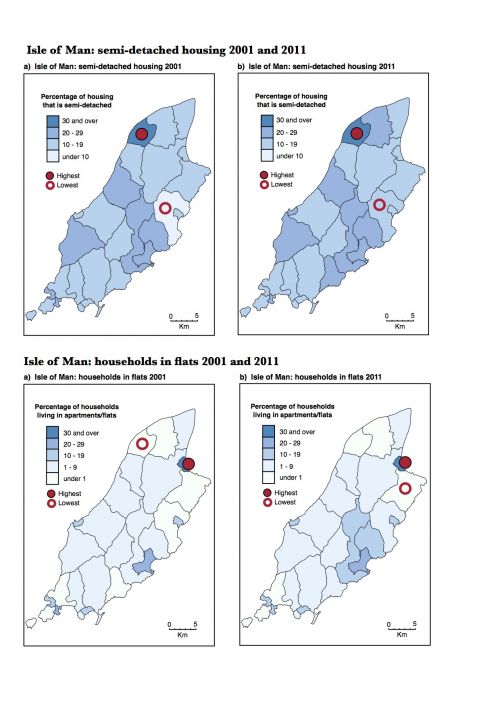 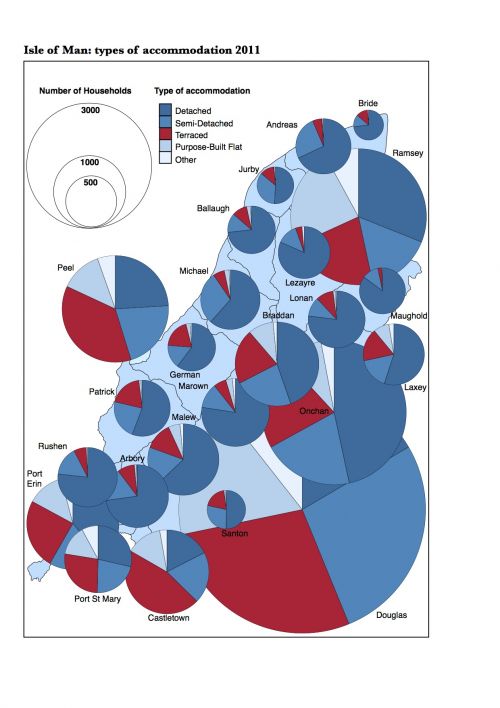 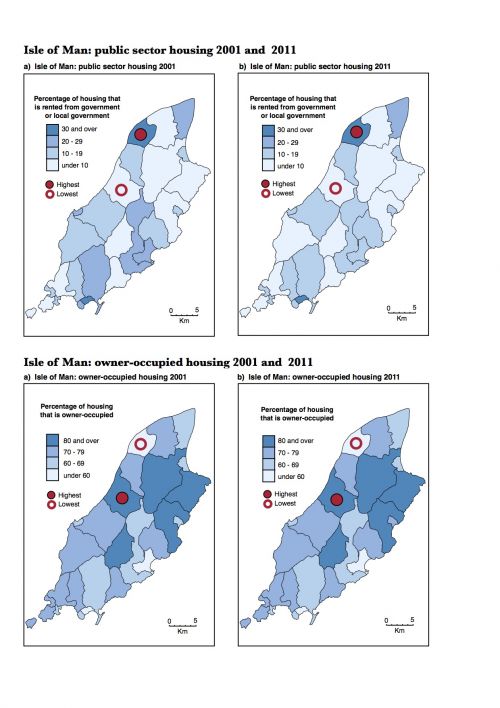 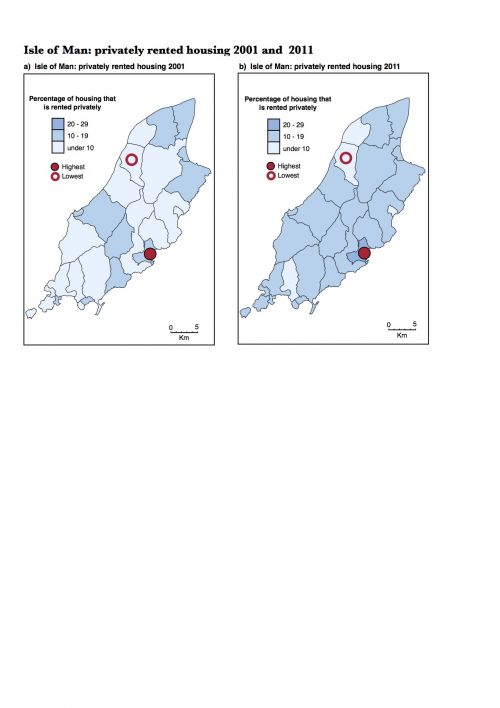 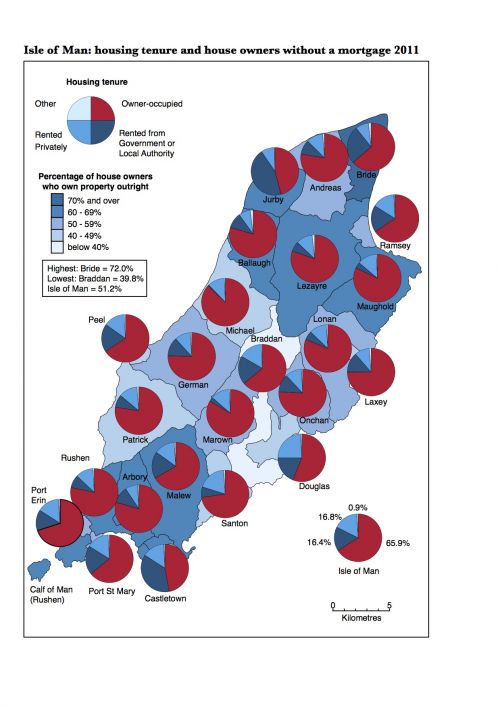 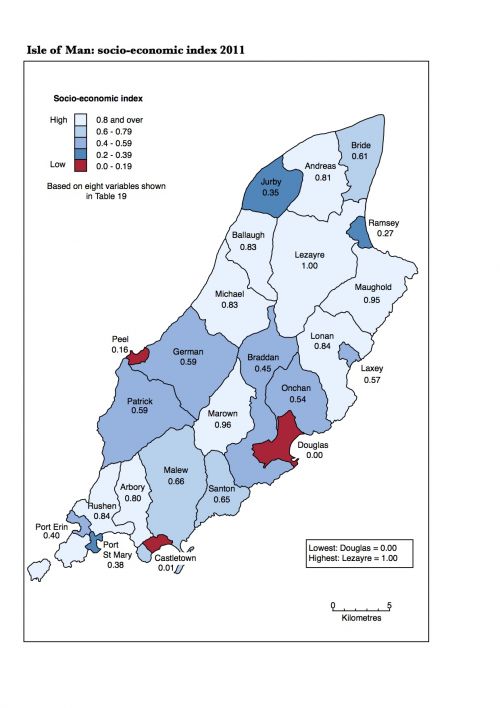 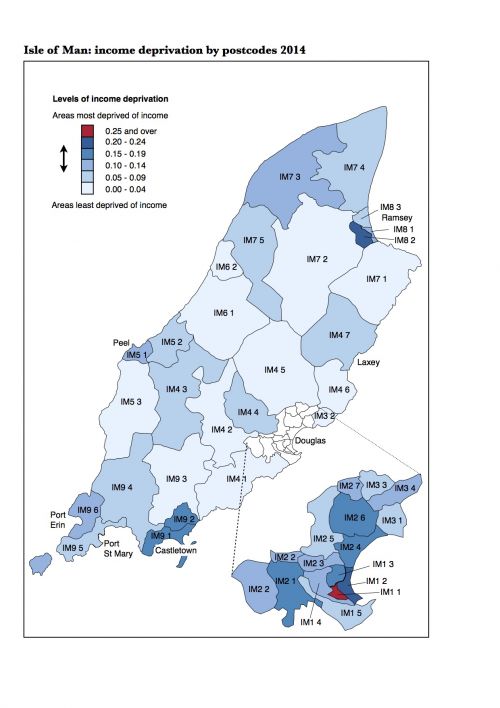 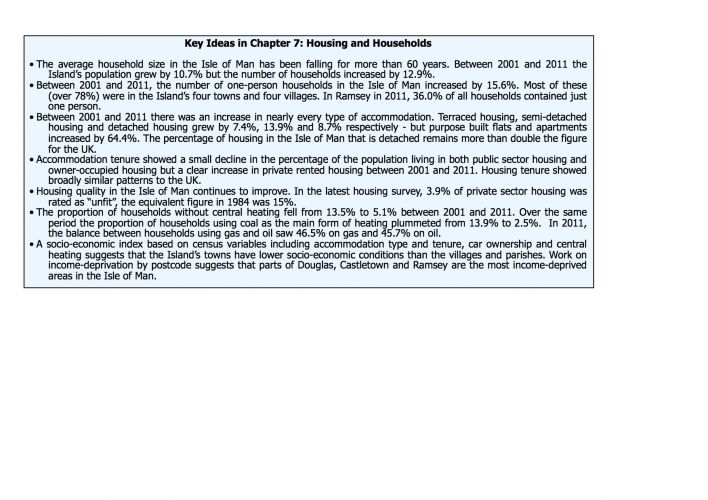